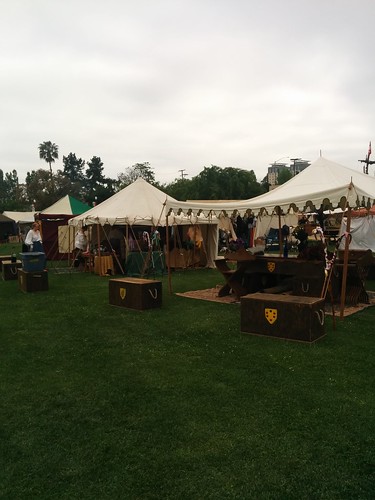 Honestly, if you want magic you definitely should visit the San Jose Fantasy Faire.

(If my pictures stretched funny, I'm sorry! No idea what happened with my phone!)

The SJ Fantasy Faire is always a good time and I look forward to it every year. They always have a booth that sells great homemade sasparilla, my good friend Alan Carbonaro and his son Cody are always working the event, and you can't really frown on an event where people can purchase swords. That's just awesome.

Turns out my other friend Karl was working security this year so it was nice to see him.

I showed up on Saturday and met up with my friend Alan. He introduced me to a woman named Marti who runs the author table figuring maybe I could sell my books at the next event. She said if I gave her an autographed book, I could sell them on Sunday!
One autograph later I was sitting at the author's table! Hooray! 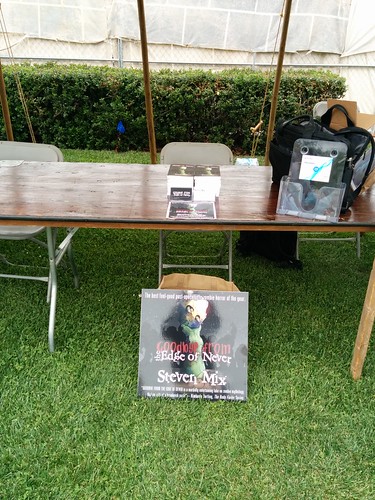 The night before my wife had picked up a poster for the event that looked nice and I got to meet M. Todd Gallowglas, Davidson L. Haworth, Valerie Frankel, S.L. Gray and A.E. Marlin who are all quite good at pushing their books in person. I've done stand-up comedy, but I still felt sort of out of my element by trying to sell myself as a horror author, at a fantasy faire, surrounded by fantasy authors. Go figure. 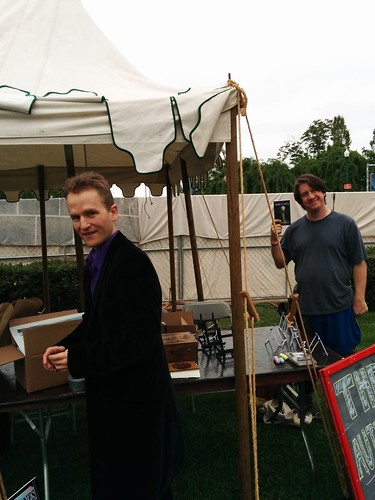 All of the authors gave me some great advice. I really appreciated it too!

I also got to meet Jerimiah Slack an admin of g33k-hq.com along with one of his writers. Great people! Go check out their site if you get a chance: http://g33k-hq.com

Writer friend Stephen Shumaker showed up with his family to see me at the table! :) 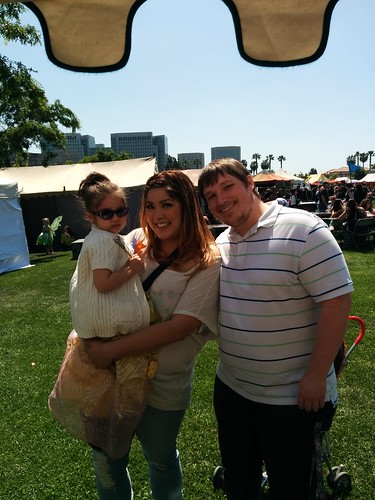 His daughter seemed like royalty, cruising around in a stroller holding a wand and a sword while wearing sunglasses. Terribly cute. 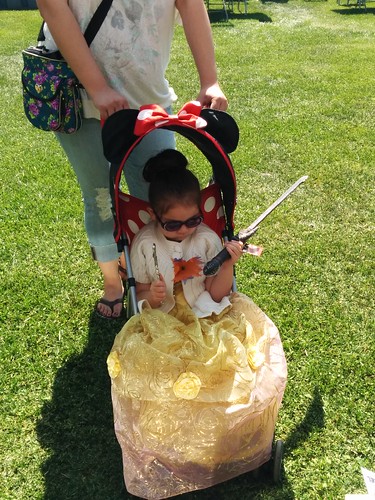 I sold a few books. Even think I made a fan out of a girl who confessed she doesn't read much zombie stuff but, she asked me who my influences were and seemed pretty enthusiastic about my replies. :)

So where does the magic come in?

I met other witches! My wife (who is sort of Wiccan) wanted to buy a wand from the WillowRoot Wands booth. The women who handle it claim to be witches and are very pleasant. If they are witches, I would certainly believe it. Their wands look amazing and those ladies seemed pretty magical.

There are packs of pirates just roaming through... Occasionally singing sea shanties and hanging out on the FULL SIZE PIRATE BOAT in the middle of the event! 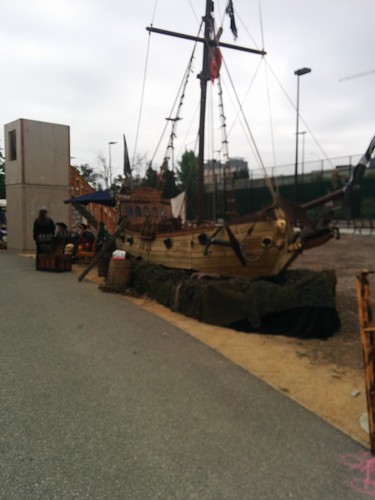 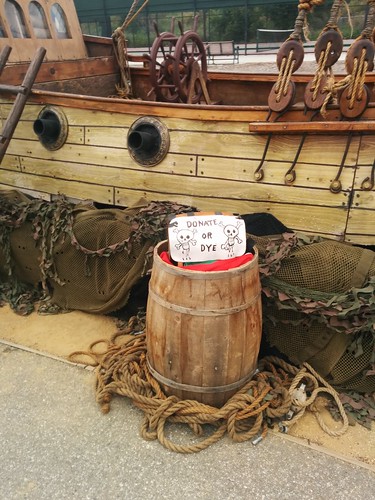 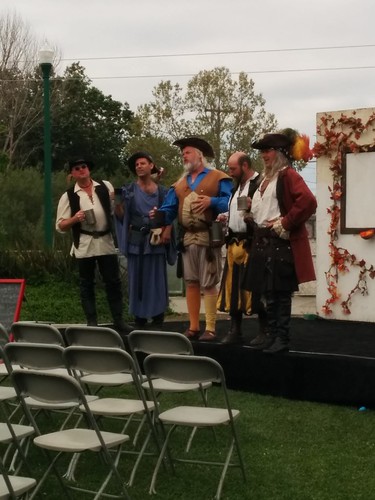 I make jokes about vampires and a vampire shadow government, constantly. They are JUST JOKES! I don't actually believe this sort of thing but... I'm just going to describe what I saw.

At one point at the author's table, a very enthusiastic young man came over to the booth. He was laughing and joking with all the authors and quite full of life. A woman with pale skin, dark hair and dark sunglasses stood about three feet behind him and shadowed his every move. Her clothes didn't look overly goth, just slightly dated and dark themed. Wherever he went she followed and the two of them played off each other's energy with opposite ends of the spectrum. It really seemed eerie in a cool way.

she certainly wasn't turning to dust in the daylight I'm just saying, if there's any truth to the legends, even a morsel of truth to it, then I would put my money on her being a vampire. She convinced me of it. Actually scared me a little. I think the moral is that cosplay is epic when someone looks like they aren't trying. I really regret not snapping a picture of that scene.

I'm pretty sure a dragon attacked because there were clouds of smoke off in the distance. (Ok what actually happened was the old KTVU building caught fire and put smoke on the horizon. It looked pretty cool with this giant plume of smoke nearby.) I'm not saying it was dragons... but it COULD have been dragons.

At one point, a jedi and a sith were comparing lightsabers right in front of our booth. Mortal enemies unite at the fantasy faire to compare lightsaber hilts. :)

So there you go.

The San Jose Fantasy Faire is amazing and magical.

If you want to see magic, swords, authors and eat good food and drink, you need to plan to go to the next one.
Here is the link to their site:
http://www.sjfantasy.com/
Keep an eye on it because there's another event in a couple of months that should be popping up on it shortly.
(I of course, can't remember the date of the next event... sorry!) 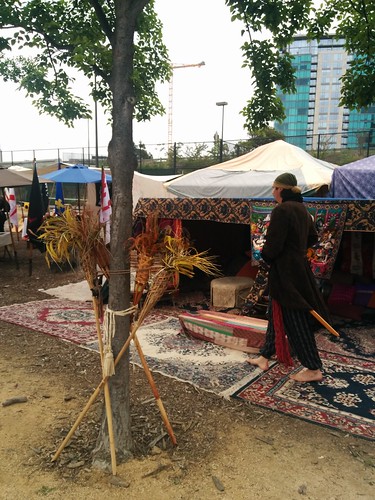 Two is my current favorite number! I'm making some grand strides on finishing book two. My new villains, that were featured in the epilogue of book one, have been quite fun to write. I can't give a good date on book two's completion, but

I finished washing dishes after dinner and leaned against the counter wiping my hands while reflecting on my life. It is a warm evening. For a moment, my kitchen felt alive with the choices that have shaped me into who I am. In my