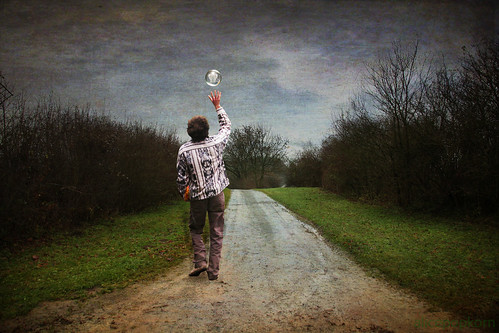 That doesn't mean that people won't take chances on me. I think I have some talent. I love to write. Hell, my mom even tells me I "have a way with words."

The bad news is, mom's faith doesn't mean dick to the rest of the world. She's a great gal and a wonderful mother but unless she comes into wealth and influence to make this happen, I'm on my own. Besides, she raised me to stand this tall.

There are people in this world who win the lottery, but so far, I'm not one of them.

We all want to believe that someone, out of the blue, is going to walk up to us, shake our hands and agree to make our dreams come true. I think a lot of this stems from the fact that if we had enough finances we would be the ones jetsetting around the earth, making people happy. I have to believe this about myself.

If you want a better life you have to see goals as being within reach. 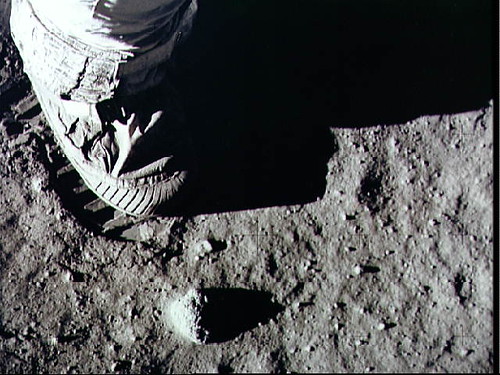 Before Apollo 11, some ridiculous dreamers looked up at the stars and decided that mankind could touch the face of the moon.

Imagine the elation they felt when we did! What must that have felt like? Each heartbeat must have been like an explosion of excitement and relief as they hyperventilated to a new level of madness.
Now realize that unless you want to walk on the moon, any goal you set for yourself is easier to meet.

I have my own goals. I want to raise a happy family. I want to become a spectacular writer. I want to own a cozy writer's cabin in Tahoe. I want to help people.

All those goals are attainable. I'm the captain of my family's happiness and it's my job to try and steer it in the proper direction. Sure, sometimes we sail into maritime storms. Lately, we're getting much closer to calm turquoise waters and white sandy beaches. I already work a job that allows me to help people, in my off hours I write. I wouldn't say I'm Hemingway (punch any asshole that would ever say they are Hemingway!) but I believe if I write long enough, one day something I pen might charge you up. Your heartbeat might even feel like an explosion of excitement and relief as you hyperventilate to a new level of madness.

As for the cabin in Tahoe, I can already see it. The smell of cedar hanging in the air. A ladder leading to a comfortable loft overlooking a small room with a tiny wood stove. A faded green couch in the center of the room. Not far from there will be a thick wooden desk and a comfortable black leather desk chair. The walls lined with bookshelves. The carpet will be thick. So thick it will make your feet ache to walk barefoot across it. A large bay window will drink up the scene beyond the overhanging front porch. A forest of trees will lie beyond it, look mystical when blanketed in monolithic amounts of fresh powder. 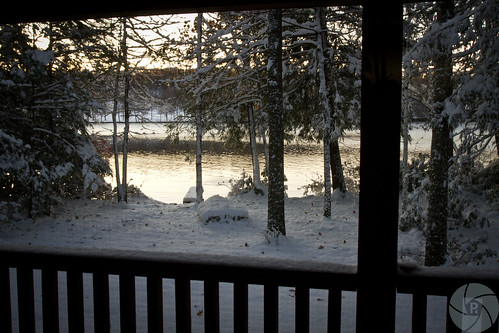 (This might sound like a tiny shack to you, but believe me... that dream is a writer's paradise.)

You have to see them, feel them and seek that moment where excitement will threaten to burst from your veins when they become real. We all want to believe that someone will walk up to us and tell us they want to take a chance on us but why would they? What incentive would they have to do that if we weren't already sprinting towards them? Most people do not want to take a chance on someone who can not believe in themselves.

That does not mean you don't seek the unattainable. Always try for the moon.

When I was six years old,

I started writing a list of life goals. I was only exposed to a few things when I was six: baseball, star wars and comic books. The first life goal I ever wrote was "Beat Superman."

Why would I write "Beat Superman?" That seems sinister for a six year old. Was I trying to be Lex Luthor? No... And yes.

I did not want to hurt someone who helps people. Superman helps people. I did not want to ruin that. I just felt like, well... Superman has too many powers. He farts and new powers appear. He has ice powers, heat vision, x-ray vision, super strength, his only real weakness is an allergy to a super rare rock. He has won the lottery. He has tons of super powers and few weaknesses. I don't have any powers... but I bet if I want it bad enough, I could beat him in a fight. I believe the same thing Lex Luthor believed. A normal human with enough determination can beat anything. My belief... is my superpower.

So I wrote down this goal. Even with an overdose level of comics and video game in my personal history, I have never come close to feeling like I beat Superman in a fight.

It just occurred to me that I could write this out and hire an artist to draw it... DC Comics would never endorse it, but at least I'd have my closure.

It sounds cheesy, but you have to visualize your goals. You have to be able to smell the wood, see the cottage or picture a person walking on the moon...

It is the only way you're ever going to beat Superman. 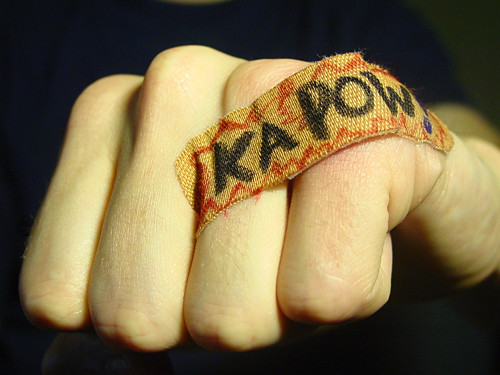 I decided to have a face to face with the three main characters from my book, Goodbye from The Edge of Never. Why shouldn't I? They're my characters and a writer can meet them if he wants to. I'm planning on writing a big

Ok so I really want that action figure. I posted about it on facebook. In the thread a good friend asked me, "How much does that equipment weigh?" The rant that followed seemed blogworthy. So here goes. Oh god. It is hard