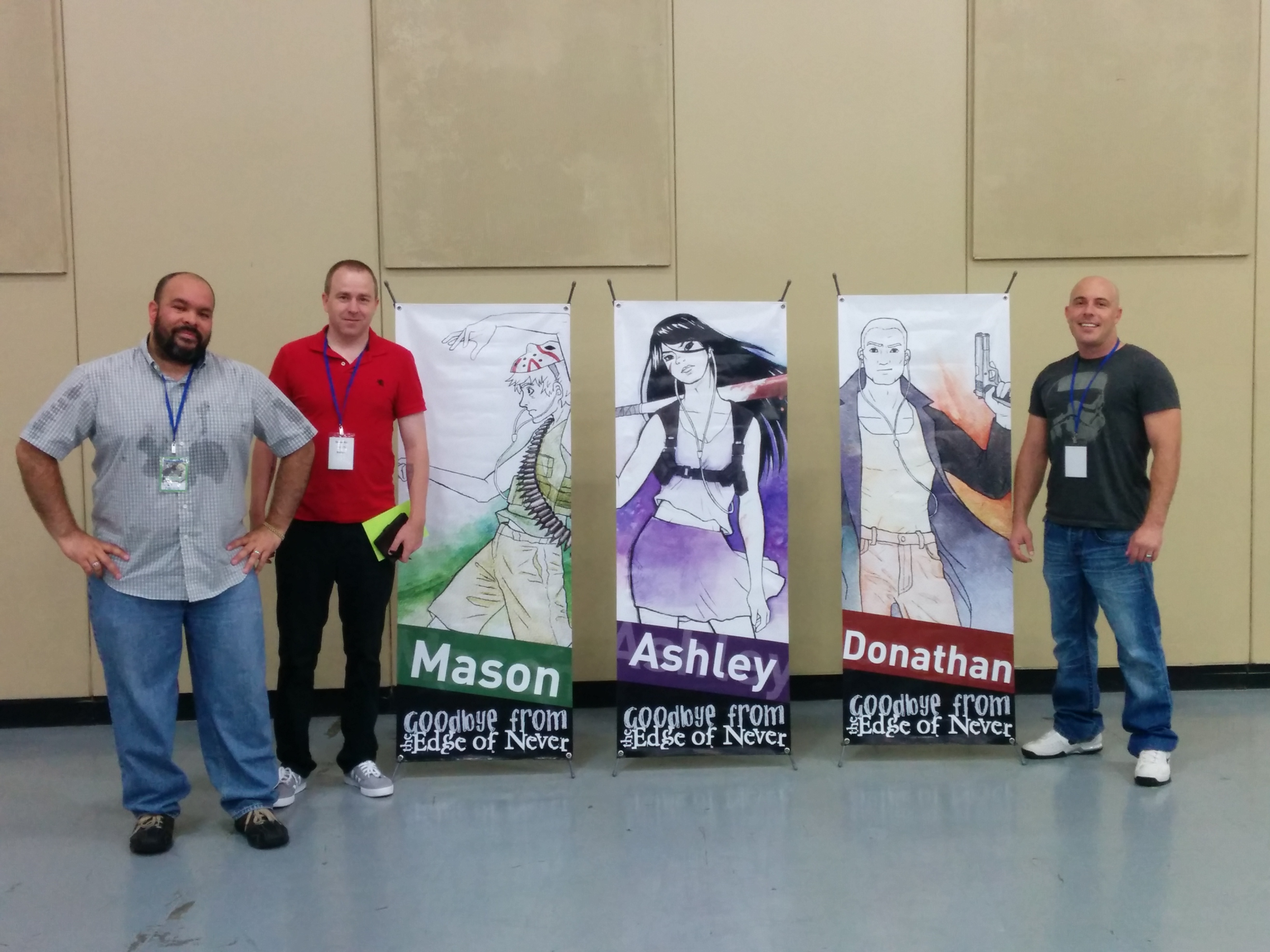 I spent last week in Oklahoma for the annual Tokyo in Tulsa event.

I went to this Con once before in 2012. Tokyo in Tulsa is, in my opinion, a shiny gem in a sea of conventions. I had an absolute blast.

My good friend Gerald Whalen grabbed me at the airport. Here's a photo of us screwing around in the TARDIS at the convention. 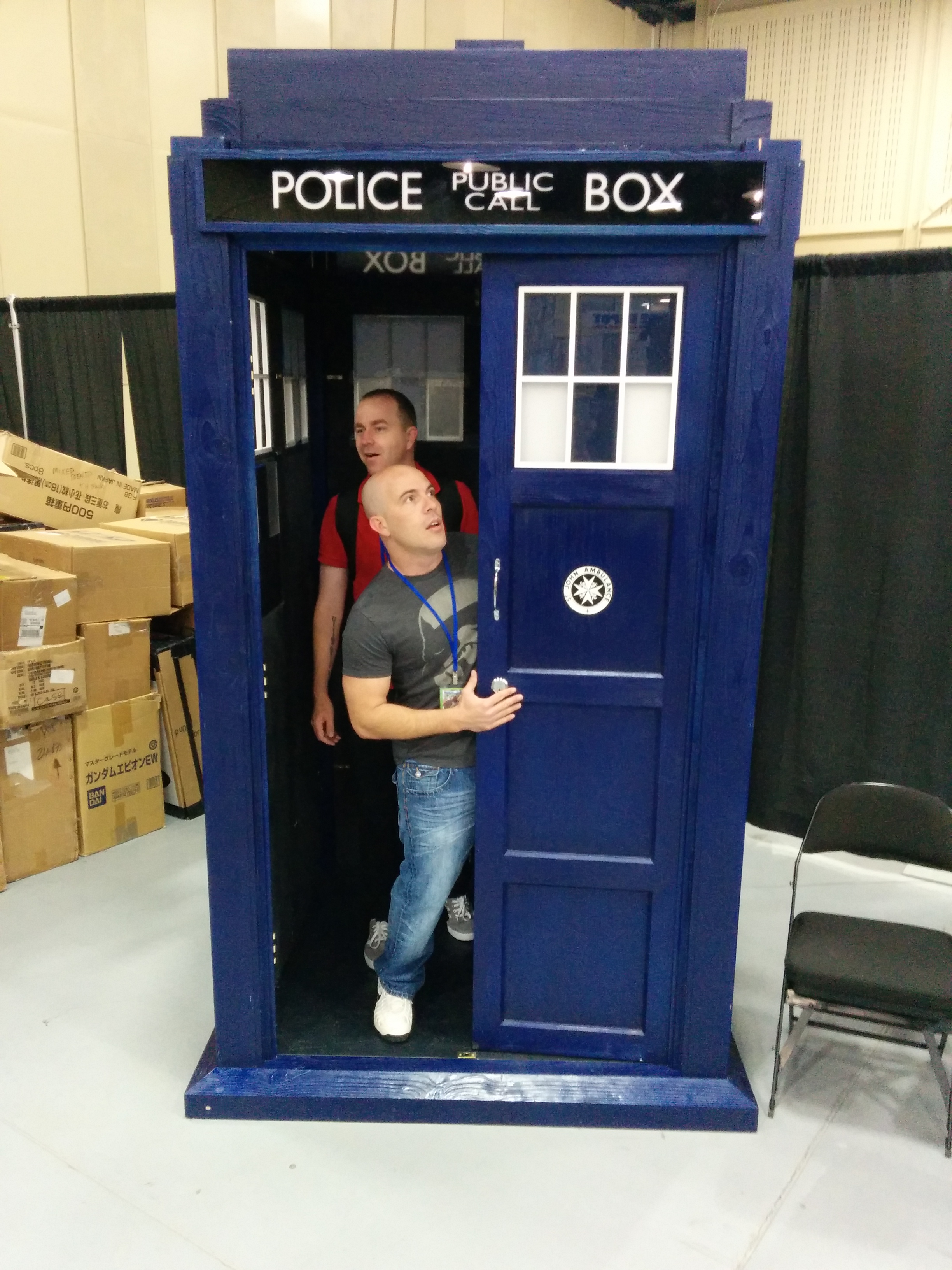 Friday night we opened in the vendors room. Unfortunately, we had to shut our booth down early to speak at the zombie panel we were hosting, followed by my book signing at Roserock cafe in Gardner's bookstore.

Here is some footage from the second half of our panel: https://www.youtube.com/watch?v=VTBS-Y2r_14

It was filmed by Monster from Fearcast.net. He also participated quite a bit. I think we all agreed that if we do the panel again next year, he should be up there with us. We talked to him after the panel and he wound up pulling out his cellphone and showing me this mountain of photos of him with all sorts of actors and directors in the horror industry! YES, HE HAS MET ROMERO!

The book signing was wonderful.

Big thanks to the folks who run Roserock cafe for hosting us.

I had a great time and the food should be world famous. I'm still drooling over it. Cass and her staff are probably the warmest people you will ever meet. If you are ever in the Tulsa area, you need to stop in and chow down!

Gardner's books is this giant maze of bookshelves! It is so big that they have a full size, Red Hulk in the middle of the store. Look, we matched! 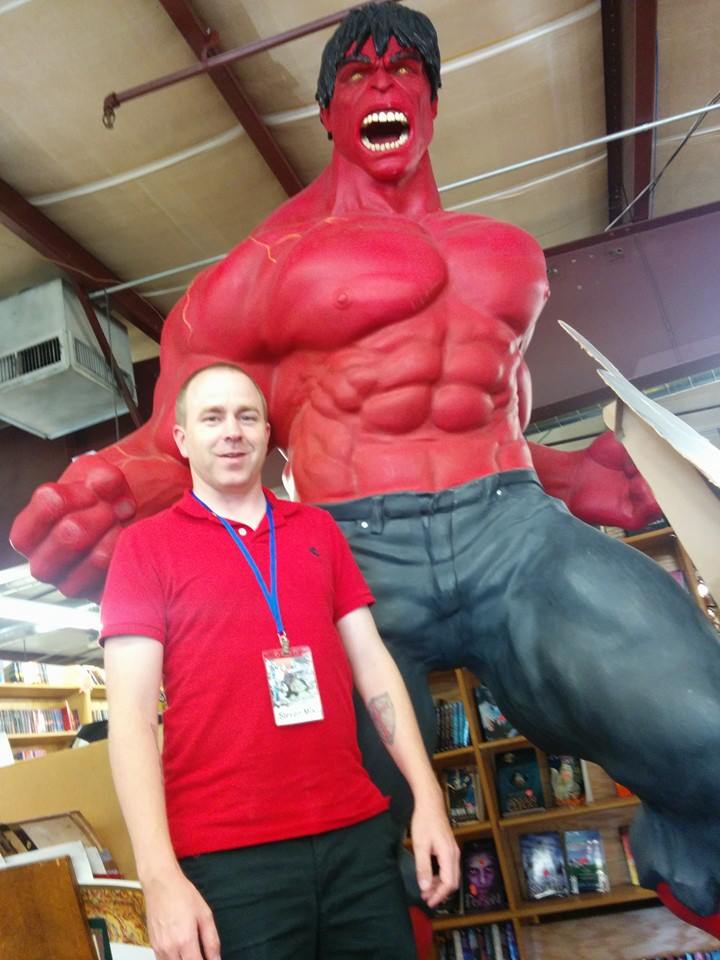 The next day we spoke on a publishing panel and met a lot of writers and artists that were local to Tulsa.

The Tulsa creative scene is amazing!

There are so many enthusiastic people who just seem to hunger for art. It must be wonderful to live here.

The TnT game room was gigantic! A football field sized warehouse filled with people playing everything from Mario kart to League of Legends. They even had a live shoutcasted LoL tournament running through most of the convention that had some pretty comical announcers.

Walking back into the vendor room, standing across from our booth, next to our posters were Zia, Trueson and Mason. Zia Daughtery was the artist who designed our postcards and she and her husband Trueson and friend Mason had all decided to cosplay my characters. Mason was cosplaying my character who is also named Mason. How awesome is that?

Her art was amazing... and look how brilliant their cosplay was! 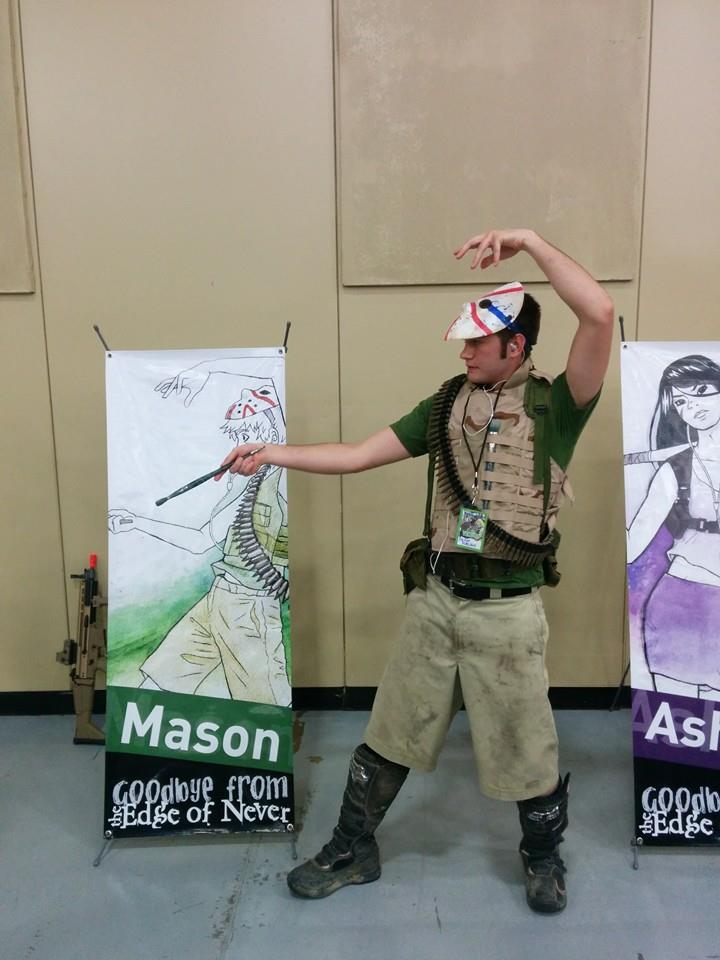 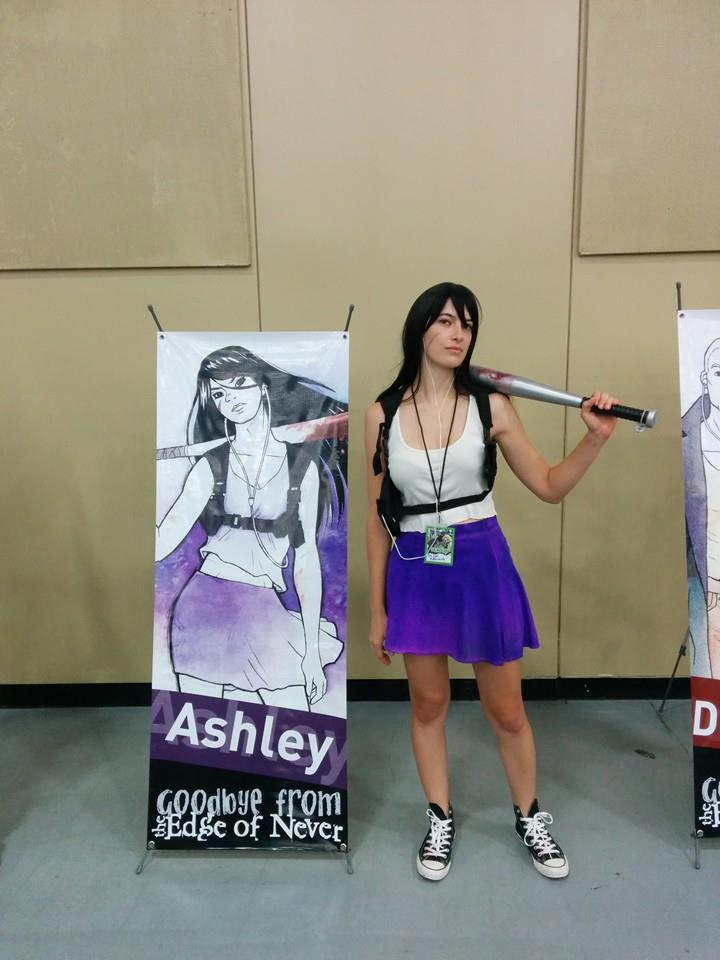 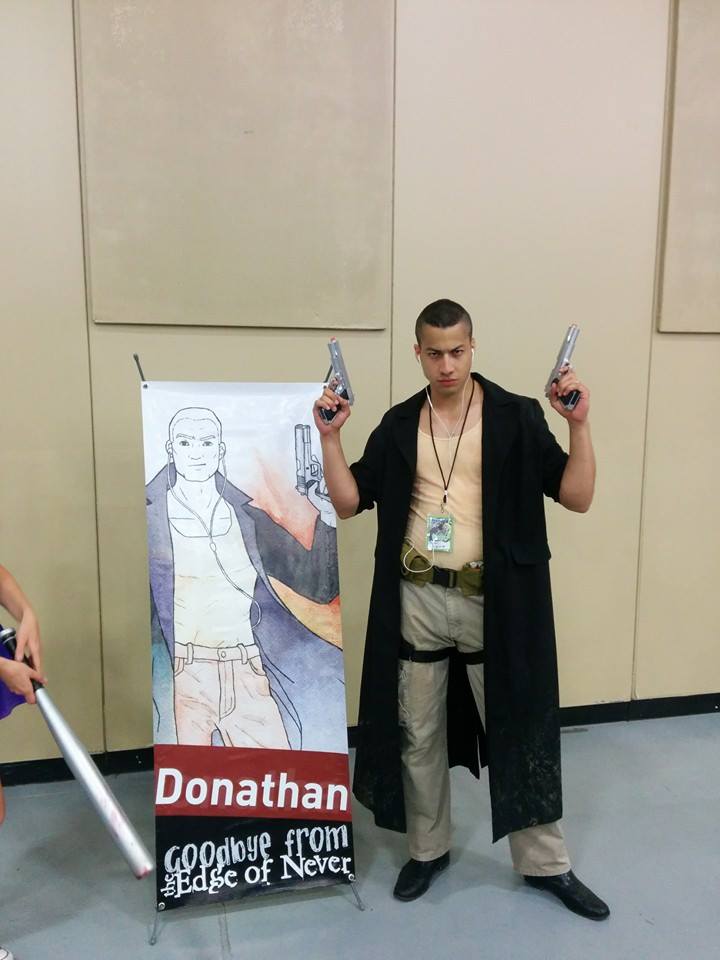 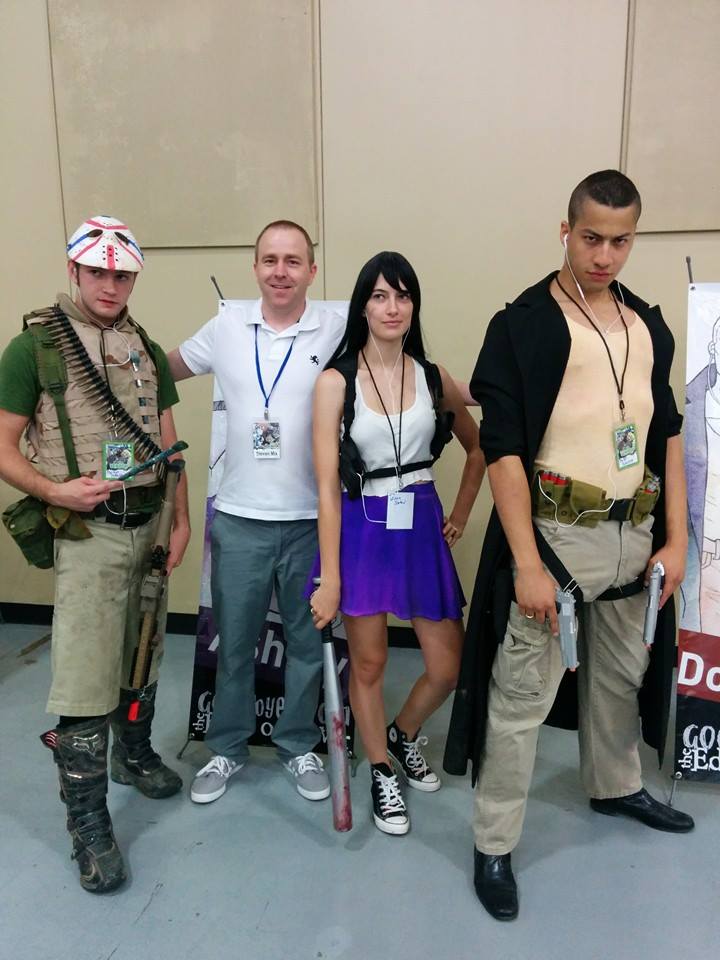 I was blown away. Hell, I was almost in tears.

Aside from the day I was married and the day my son was born, I've never been so overwhelmed and so happy at the same time.

I felt like I was going to pass out and needed to go for a walk to calm down. 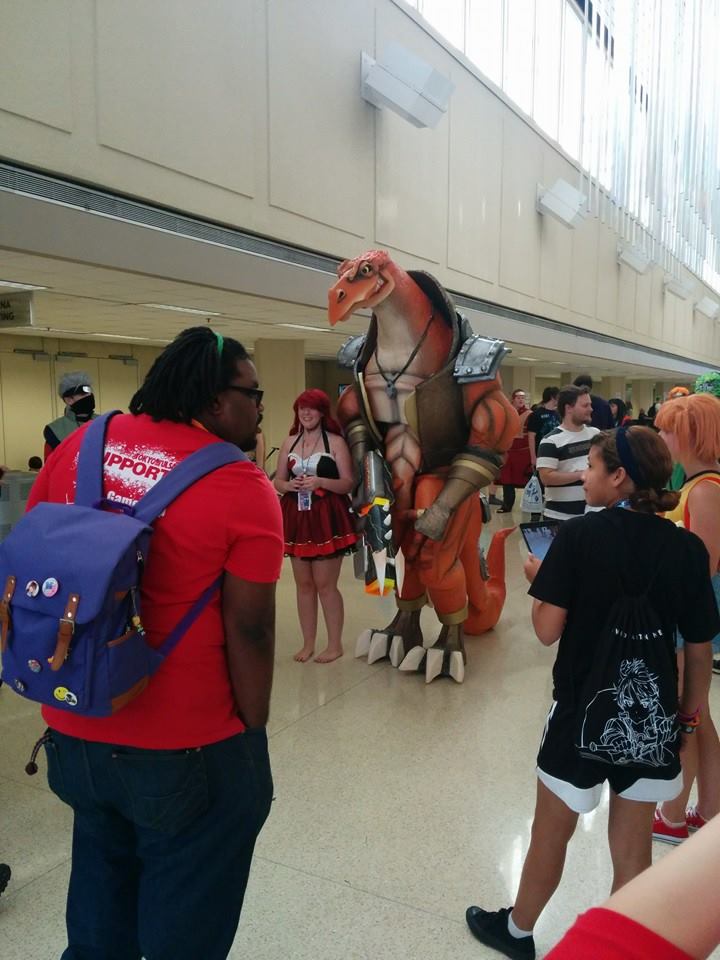 In the art room there were two sisters referred to as, "The Chalk Twins" who were working 30 hours on their creation for the event. Look how talented they are! 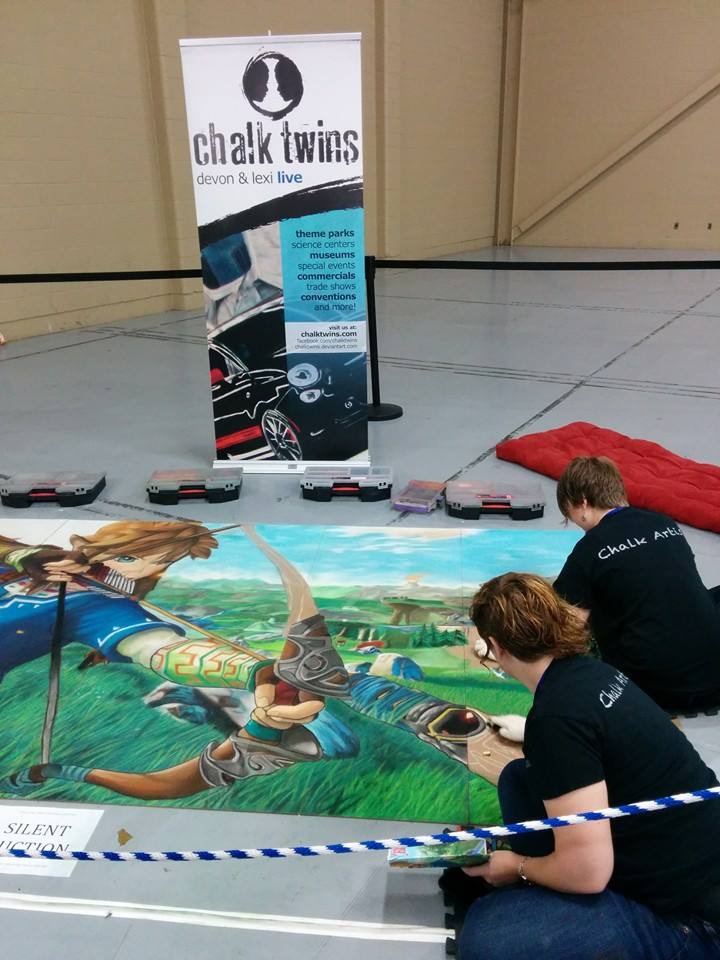 The night after the event my publisher surprised me with tickets to Alice Cooper and Motley Crue! 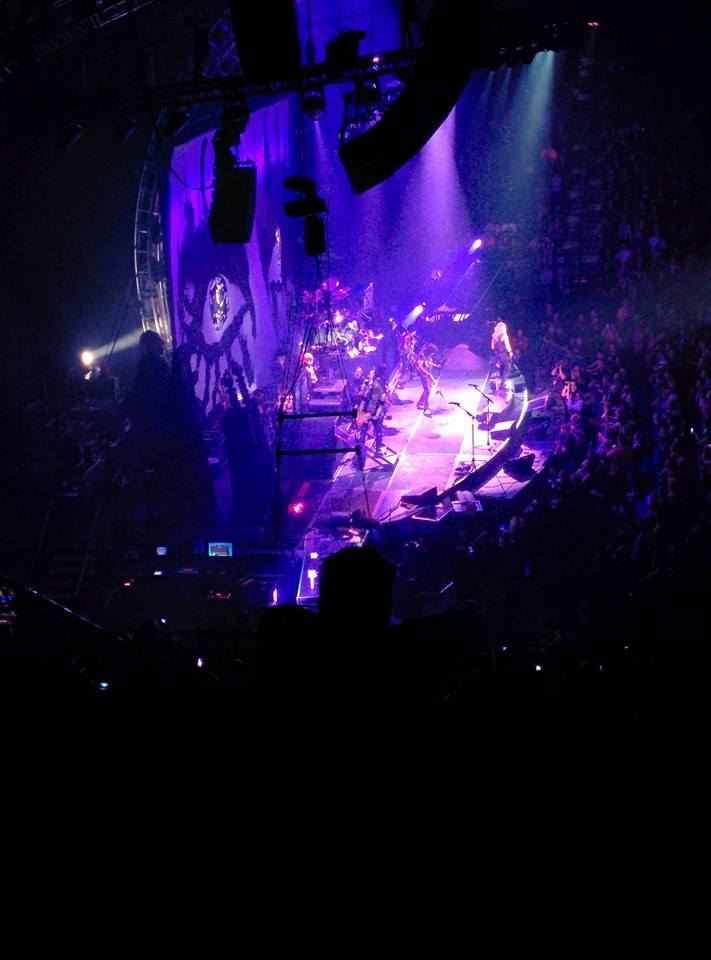 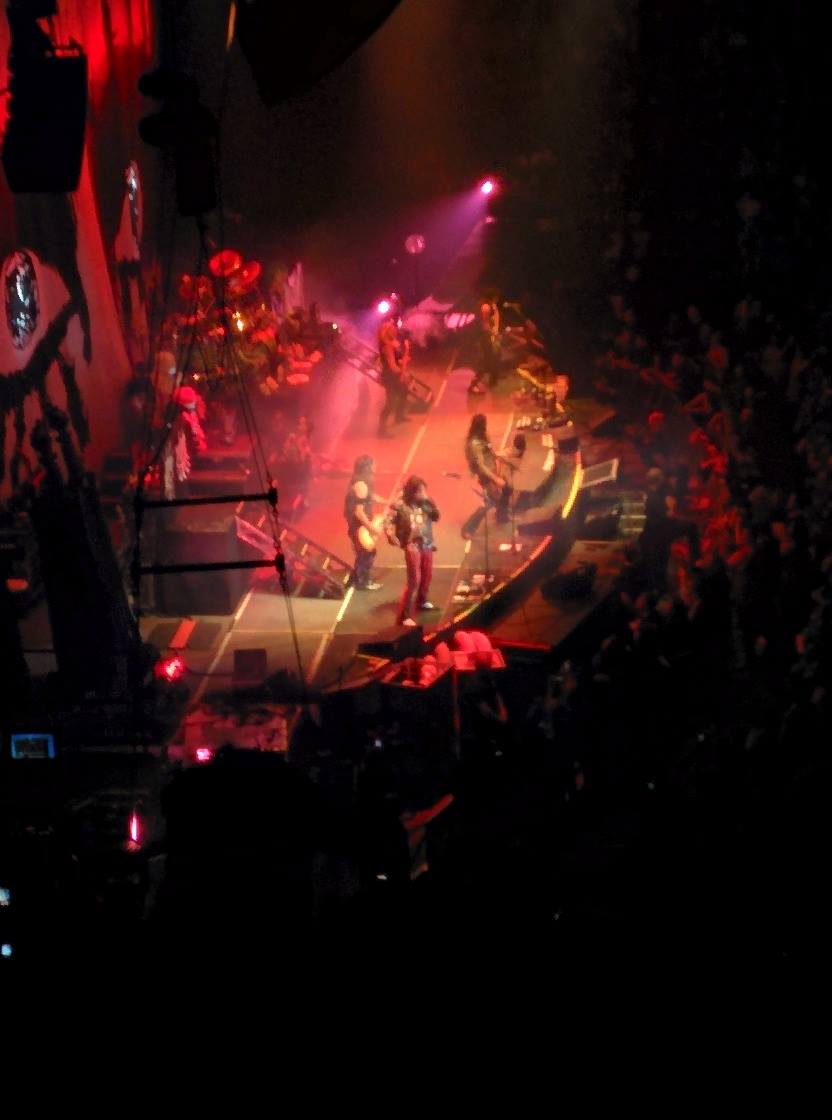 Thank you so much to the Morenos and Falkor Publishing for inviting me out! 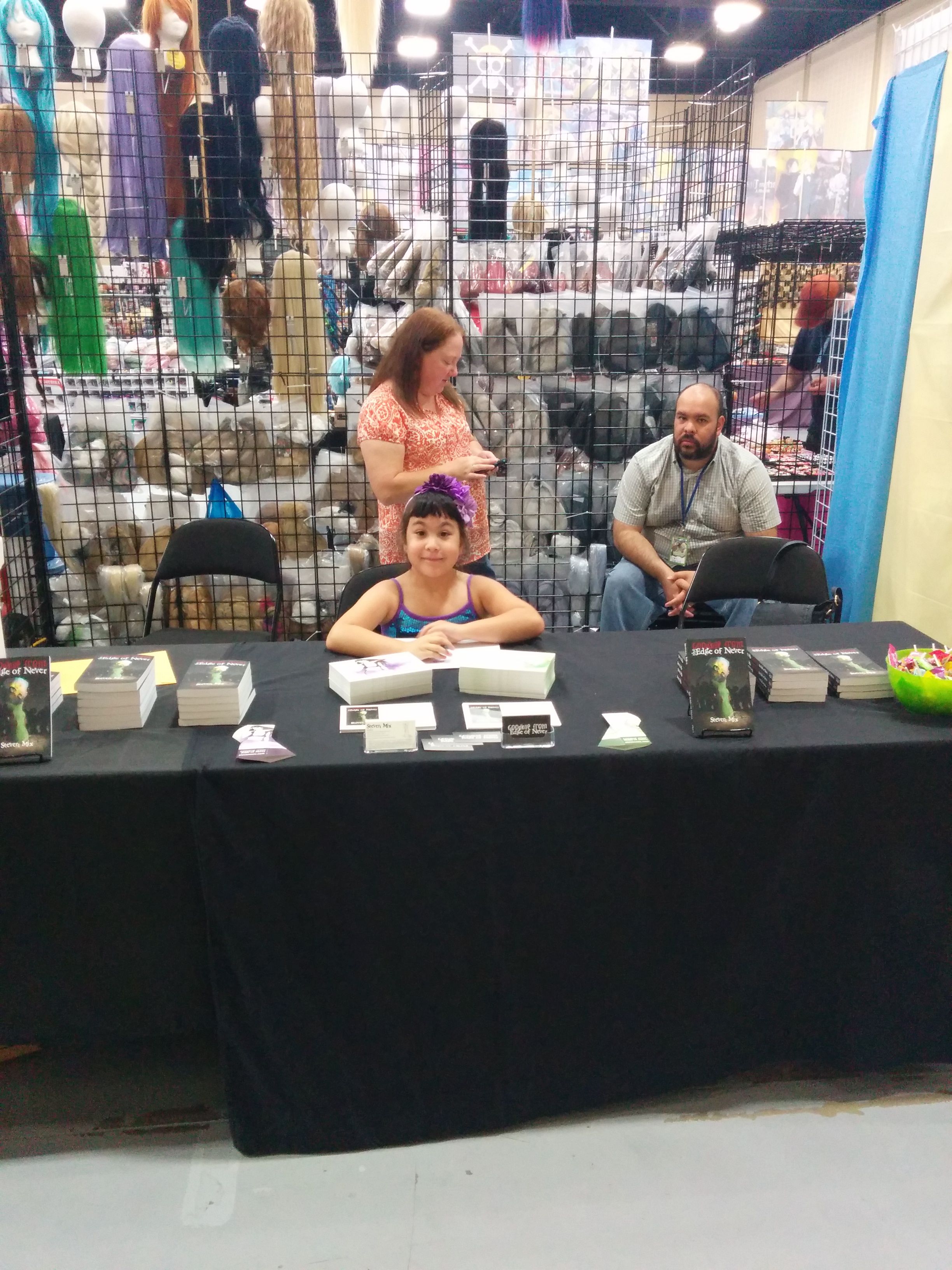 We sold a mountain of books and met a lot of fans. I can't thank Tokyo in Tulsa enough for hosting us.

The event, the city and the people of Tulsa are so much fun. I can't wait for next year! 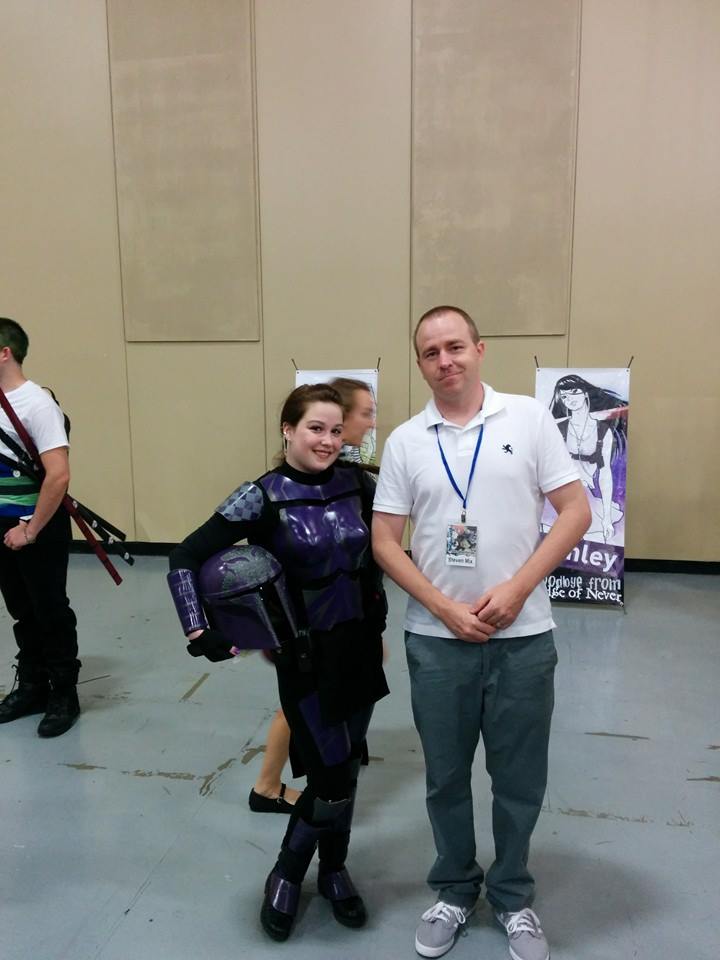 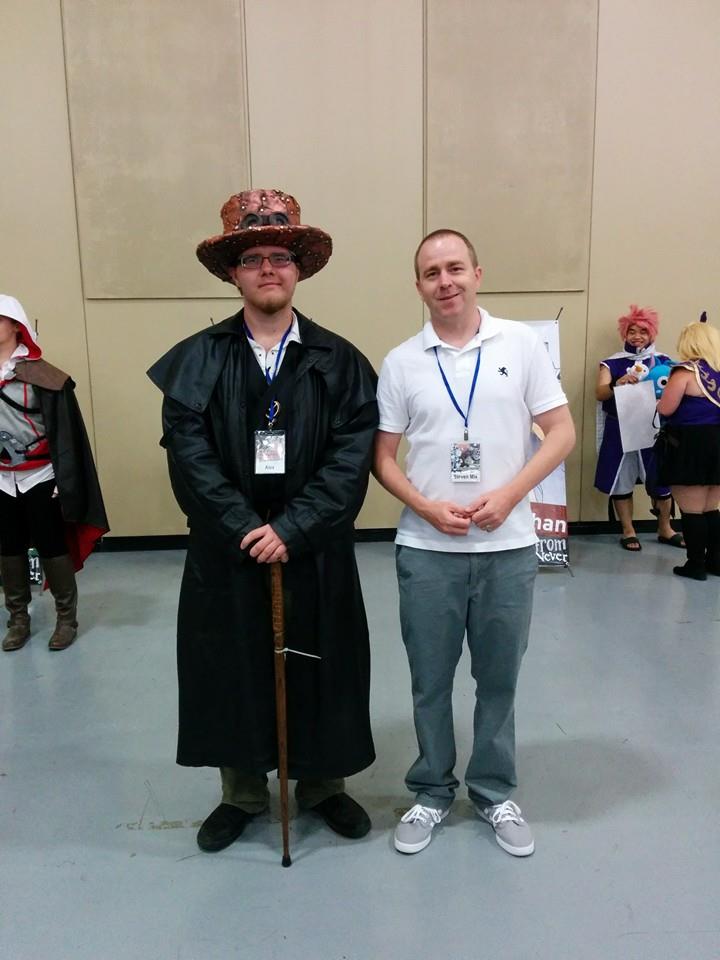 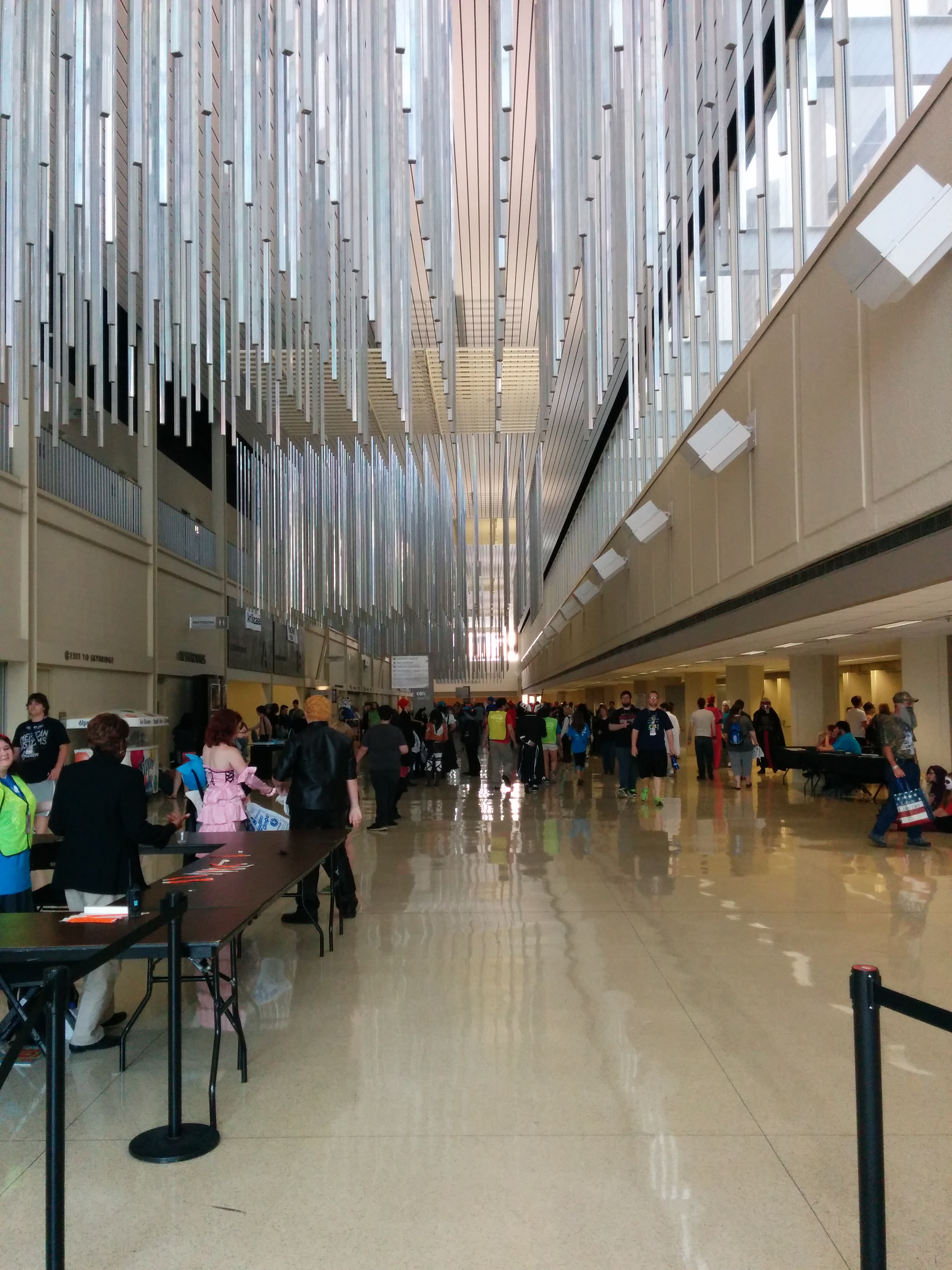 I had a Greek Muslim woman for an english teacher at my community college. We will call her "Mrs H." Either Mrs H disliked soldiers or just did not like me at first, but she once announced to the class that, "

I suppose it is time for the finale of our short story. In case you missed it, this story takes place in between Goodbye from the Edge of Never and the second book in the series. A huge thank you to Trueson and Zia