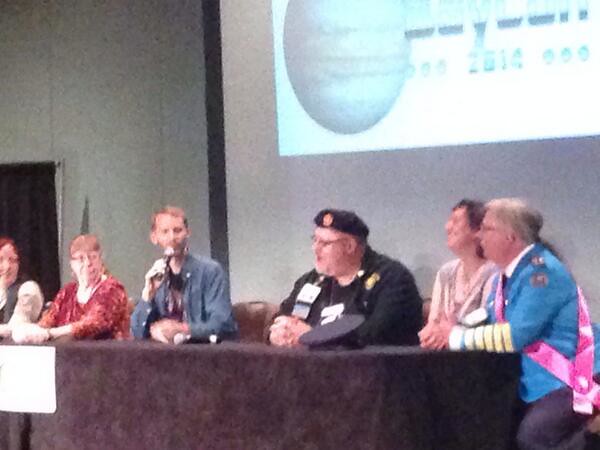 I haven't been to a lot of conventions, so my view is skewed. To date I have been to 3 Cons. BayCon is a sci-fi/fantasy convention that I decided to go to at the last minute. What a great decision!

The convention itself was honoring veterans in pretty fun ways.

David Weber was their guest of honor so he had his mountain of books and even people cosplaying officers from his stories. There were various panels on science fiction topics that are becoming military realities. Like Drone use for example. Many of the panelists would give respect to veterans and memorial day. 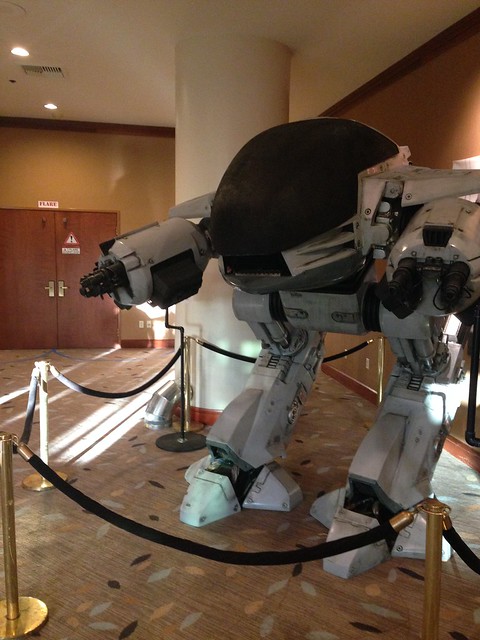 This is a sci-fi/fantasy convention!

They didn't have to go to these lengths for veterans! They could have just used the long weekend for an extra day at the convention. Instead, they went to great lengths to show respect to Memorial Day in fun and grand ways.

So let's discuss the fun I had.

The BayCon writers panels were great! At one point, I encountered the writer Setsu Uzume. She's hysterical! I think she changed outfits like 20 times during the Con! 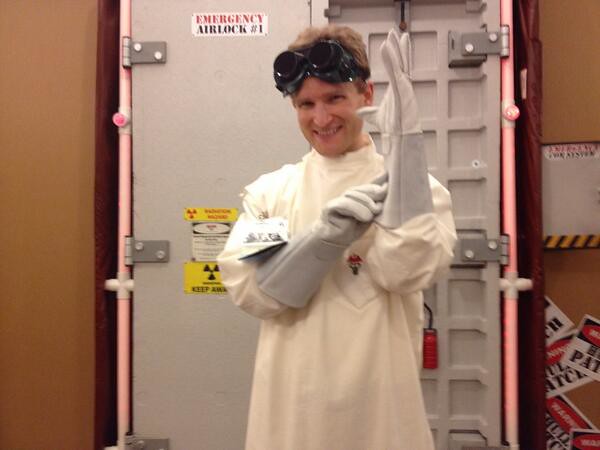 Gallowglas panels always turn into comedy forums. I won't be able to do him justice by explaining this but if you get a chance to go to one of his panels, GO!

I wound up on stage with four contestants. One of them was Ric Bretschneider of http://FanboyPlanet.com. I was doing a podcast with him the next day and didn't realize it. 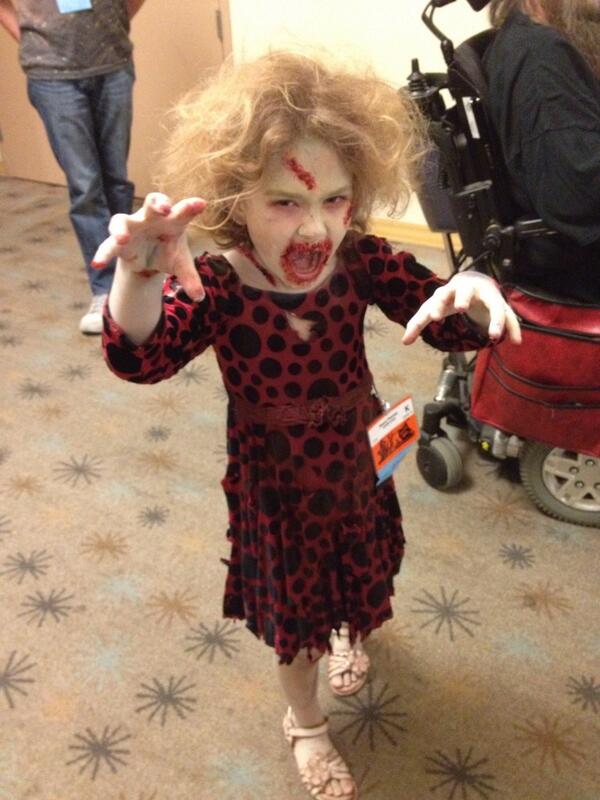 Never be afraid if you have to share the stage with Chris Garcia. He won't let you die on stage. His game show consisted of asking trivia, and if we didn't know the answer we could throw a book at him, then pass the mic to someone else. Ric wound up being my lifeline for most of the event.

The next day I did the podcast with FanboyPlanet. 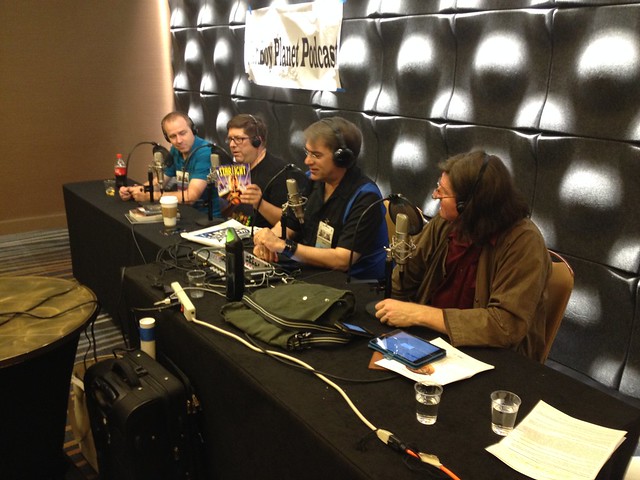 Derek McCaw, the other member of FP, is an old mentor of mine who taught Chris Garcia and I improv comedy. I haven't seen the guy in two decades and I gave him the biggest hug because... he was a good influence on my life.

Derek and Ric and the other guest on their show, Charles McKeithan, let me plug my book, we talked comics and movies, and they even paid tribute to my time in the army.

I was still a bit out of my element. I'm not in front of audiences enough these days (trying to rectify that.) Not only did the Fanboy Planet guys make me feel comfortable but, we were able to bitch about the current state of DC Comics! Even touching on how the Lantern Corps stuff is being run into the ground!

Thank you for that...

That was so... I feel like a weight has lifted off my shoulders.

One of the most touching moments of the conference

was in the end when I was going to leave. The Chair of the Con, Tom Saidak, strolls up from outside of the hotel. I had never met Tom before but at BayCon he had this happy gait everywhere he went... and he should. BayCon 2014 was amazing. He helped pull this off.

He should be proud of such an event!

I told him this of course! I also explained I was "a veteran and I tend to have difficulty with crowds. But, BayCon was so friendly and inviting that, I'm sure I'll be back for the next twenty years." In a perfect moment, Tom smiles at me, thanks me for my service and then pulls a ribbon out of his pocket that reads,

Well, I guess I need more conventions in my life. 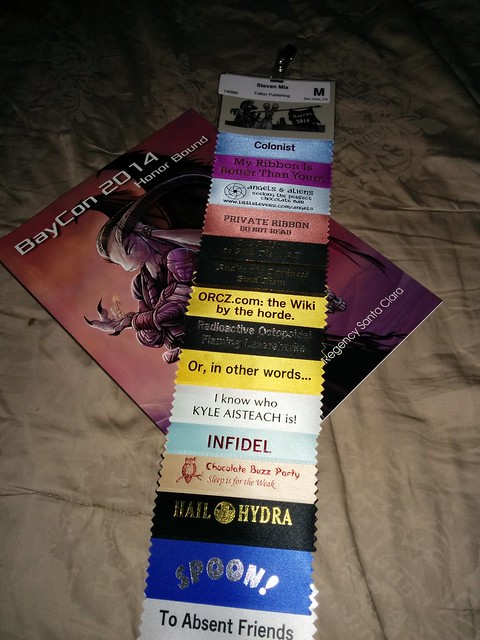 It finally happened. I've had great days. The day I was married. The day my son was born. The day my stepdaughter "sort of" treated me with respect. Days that were great with one or two momentous events... but there's always problems

In case you have missed it, there is now a one way mission to colonize Mars. http://www.whas11.com/news/Mars-hopefuls-ponder-life-without-families-favorite-foods-259585441.html I've had dreams where I walked across phantom planets, danced through other parts of the cosmos and cultivated alien landscapes trying