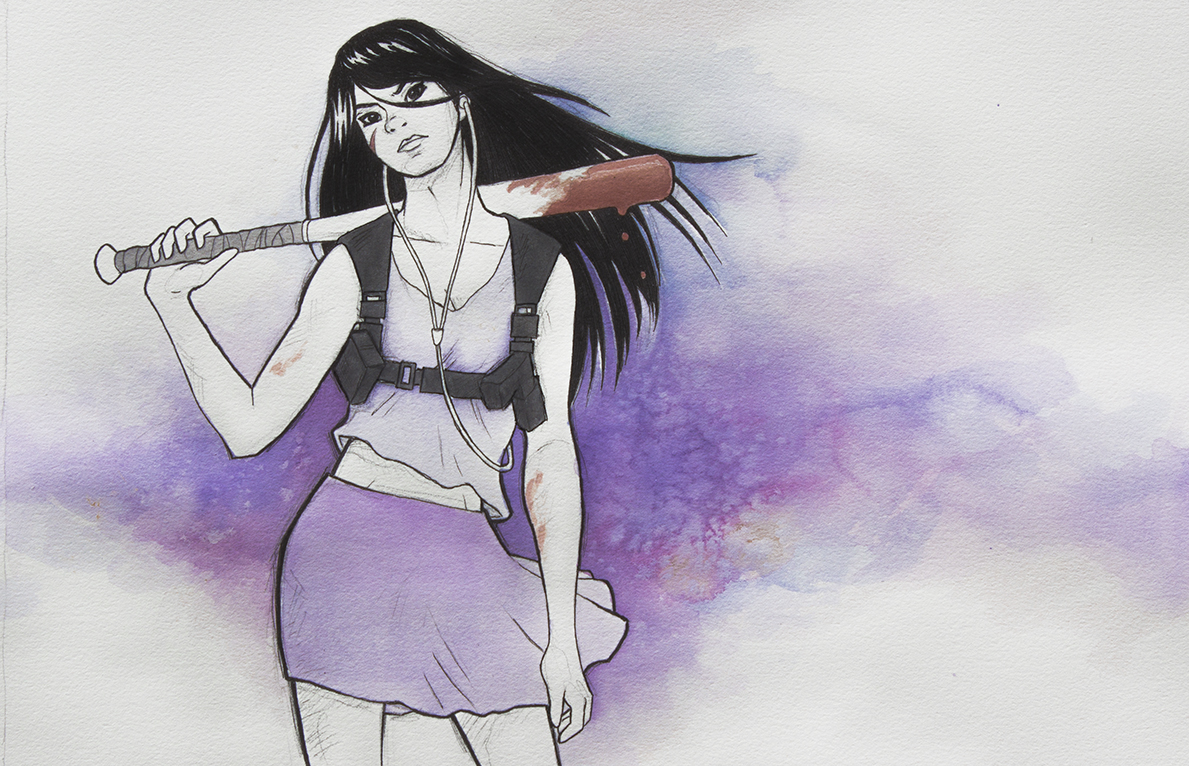 Ashley’s bat found the beat, and the world erupted around her. She stepped back and swung forward, the bat sailing ahead in her right hand as her stance wid- ened out, her hips rotating to push power into the blunt swing. As the bat arced forward, her wrist turned inward, increasing the power of the swing. The bat connected with the head of one of the undead, causing bits of flesh, brain matter, and flies to scatter everywhere. The crack of bone and aluminum rang out. Even before the undead fell to the ground, she had spun around, letting the momentum of the spin carry the bat in the opposite direction toward another Swarm. The bat collapsed part of its face, then she turned to let the bat swing down and forward to hammer the ankle of another undead, sweeping it out from under it and causing it to topple into the other creatures rushing forward. A look of determination and focus crossed her face as she opened her mouth slightly to exhale and continue her assault. She had def- initely settled into the rhythm of the moment.