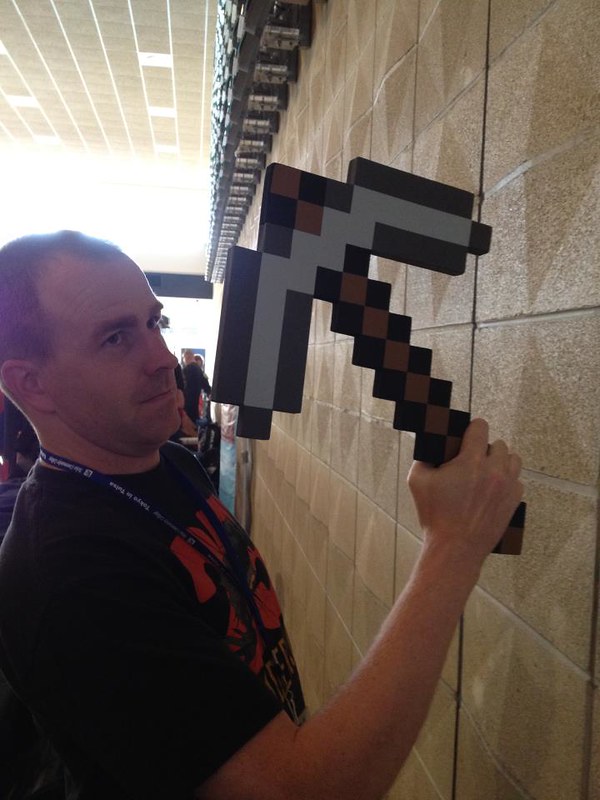 There’s so much weird stuff related to the origin of this story.

After my final concussion, strange things started to occur. The first month and a half was a blur. I was placed on quarters (meaning, you have to stay in the barracks to heal), and other paratroopers whom I outranked claimed I began to do strange things like waking them up and screaming about sweeping the floor four or five times in a night on Fridays and Saturdays between 3:00 and 4:00 a.m.

This wouldn’t be a strange occurrence because the army plays games like this, but usually I was holding random items I did not realize I was holding while screaming at them. “I have no issues doing this, Specialist,” one private said, “but you do realize you’ve asked us to do this three times already tonight, and why the hell are you holding a CD and a fistful of golf tees in your left hand?” My roommate at the time found me placing DVDs in the microwave. I was completely out of my head. I had undiagnosed whiplash for months, so my spine was stacked, causing me weird coordination issues with my left leg: I would drag it off to the side as I strolled along. It looked like an old-school zombie shuffle.

Now, I would find out later in life that some individuals with traumatic brain injuries get weird obsessions.

I don’t know if it came from the movies I was watching or the leg shuffling, but I became obsessed with zombie pop culture, completely and utterly obsessed. Books, film, games—I even created a group in an online virtual community called the “Zombie Civil Rights Group,” who not only became close friends who were equally obsessed with zombies, but also became a support group that would call and check up on my health while I was transferred over to the Warrior Transition Battalion for my injuries.

Every soldier in this war has nightmares.

I had lost a really close friend, whom one of the characters from my story is named after. It is also the name I chose for my son when he was born, after the story was written. Losing my friend gave me an abnormal (or normal—hell if I know) amount of survivor’s guilt. The nightmares you have from the service can be beaten back through the use of Ambien. What a great drug Ambien is. It not only helps you sleep, but it essentially stops you from dreaming most of the time. Does that sound awful, not dreaming? It’s not if you have nightmares often. I have run out of Ambien a few times and, while awaiting a prescription refill, had the usual nightmares. Almost a year to the day after I had been discharged from the army, my nightmares changed from military themes to surreal amounts of darkness and suspense. Mason’s backstory came from a nightmare that frightened me but wound up ending with a new day. One day after Mason’s dream came Ashley’s backstory. Donathan’s backstory arrived a day after that. The only thing about these stories was they weren’t quite about traditional zombies. The undead were dreamlike things that had mutated and changed.

The zombie community generally feels that there are two schools of thought on the undead: Traditional and New zombies. Traditional zombies are slow-moving and attack in mass numbers. New pop culture undead can run and do things that to some fans seem less zombie-like. Huge arguments erupt over fast movers vs. slow movers, whether zombies can originate from disease or magic, and what creatures can still be classified as zombies, etc. I don’t want to get into it here, but this awesome community of people has some pretty phenomenal arguments.

If I was going to tell my story based on dreamlike versions of zombies, I had to step out from both schools of thought and just run with it.

I broke some pretty cardinal rules and hoped that people wouldn’t hate me for it. In books, there’s often a rule that you never use the word “zombie” to describe the undead; you say anything else. However, we have seen in the real world, through that incident in Florida where a man high on the drug “bath salts” ate part of another man’s face, that the whole world was just aching to scream the word “zombie.” So, fuck that rule.

Even with my injuries, I was completely blessed.

I had memory issues and some cognitive problems, but my intelligence was intact. As long as I wrote things down and was extra careful in stepping them through, I could conquer my adversity pretty well. Becoming a writer was something I had always dreamed of doing, and now it seems as though fate has just thrown me onto that path out of necessity.

While I was in the midst of creating the story and devising characters, Hunter S. Thompson died. One of my life goals had been to meet him, so I had to scratch that off my list and mourn his passing.

It really bothered me that someone so entertaining wasn’t walking under the same skies as me anymore, so I had to find a place for him in my book—well, Hunter S. Thompson as a character, anyway. In a lot of his writing, he would reference edges—with the general idea that in order for people to be creative and to live more, they had to come close to one. One day, after pacing for hours in front of a community college, the title of the story just appeared before me, and I dropped my phone as I flipped out while trying to make a note of it. That’s how I know something is great. If I panic and screw something up while I try to make a note of it, it’s great.

Then I threw in everything that entertains me:

comedic one-liners I’ve said, pop culture references; characters inspired by close friends (often based on what I thought their children would be like); comedy, fear, and as much action as possible; everything that entertained me or inspired me; my dreams, my nightmares, and the spaces between. They all went into the story.

When it was written, I hoped it wasn’t so insane that people would refuse to read it. Part of me still worries that too many people will read it, and I’ll have to answer questions about my insanity.

You might be able to spot which characters were inspired by different pop culture phenomena, and you’ll definitely see tons of that in my story. I hope you enjoy it and are ready for the other books that will follow this one.